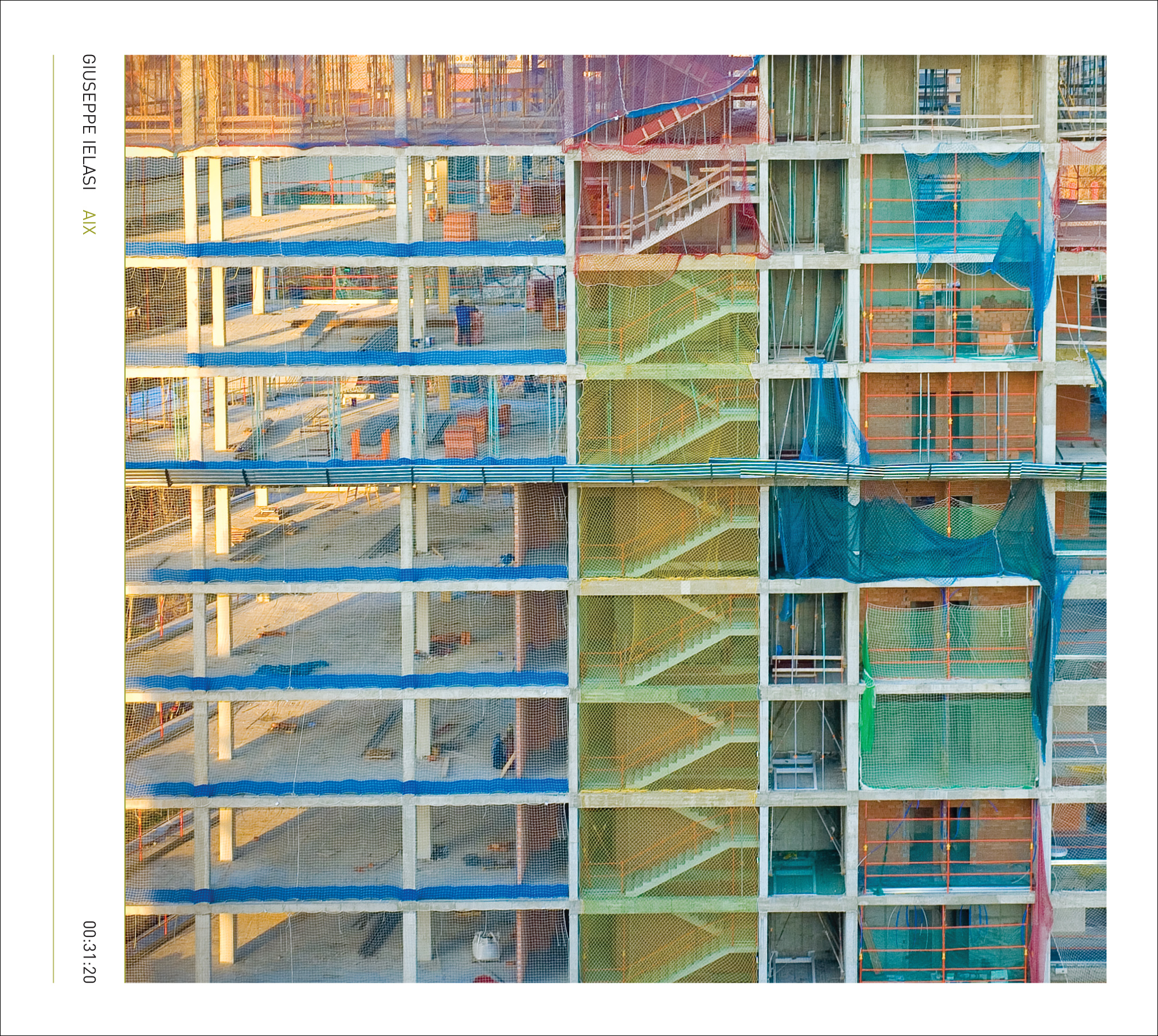 The first impression one gets from listening to Aix, for those who know the discography of the Italian composer, is that this album closes a cycle, which began with the two previous works, August (2007), and Stunt (2008), the latter is an EP.

Indeed, of the first work there is very little, because the bundles of sounds and drones presented in the August rich repertoire of sound, is crumbling in rhythmic piecemeal assembly of micro samples, which is the most evident peculiarities of Aix. More directly, however, the relationship of continuity with Stunt, for which the album of 2009 seems to do a work of condensing, going to distil the elements in traces of refined essentiality.

I do not know how correct is to speak of tracks in the case of Aix, as the author himself preferred not to give any title to the 9 songs of this album, preferring simply the expression parties. And I must say that it seems a very suitable choice, since it seems this album consists not of isolated songs but rather from 9 moments that belong to a single path of music and sounds, great homogeneity.

Personally, after the first listen, from which several years have passed, I was deeply impressed by a sense of instability that arises from this work; instability which is determined through a continuous interruption of the development efforts of the rhythmic elements and sound, thus a very particular style, and interesting.

The result is a musical writing fragmented where the complex structures of the nine parts of Aix take shape through the patient assembly and the combination of micro samples. In addition, it can be seen how this work emphasizes the rhythmic element, but at the same time are valued the sound inserts as the more properly melodic parts.

Moreover Ielasi working on a diversified collection of sound solutions, some are difficult to identify which are accompanied by inserts of piano, organ evocations, samples of percussion, and ending on his training tool, the guitar, and with the recovery of the folk tradition with the samples of the Jew’s Harp in the third part of the album.

The nine parts of Aix are mostly written in the mid-high register; with the exception of Part 5, energized by a thick bass line. The guitar is the protagonist in Part 8, with a short melodic loop, so evocative, supported by samples of a trumpet, for what is one of the most successful tracks of the entire album.

Equally successful the Part 3, which in little more than three minutes manages to condense a diverse universe of sounds that draws from tradition and contemporaneity, always playing with this apparent incompleteness of micro samples.

Closing Aix a track that differs in some respects than the others, mainly due to a masking of the electronic instrument that is more hidden, camouflaged behind the samples of traditional instruments; Part 9 is a meditation song, which invites you to cool down, before the silence.

Aix is an album of remarkable composure; a work in which the rigidity of the electronic device, digital moreover, does not prevent the spread of a warm atmosphere, influenced by the improvised parts and the real time performance. A beautiful work which expresses a great contemporary.

An advice: In order to fully appreciate the many details and nuances sound of this work, it would need a good Hi-Fi stereo, or at least a good deal of volume.