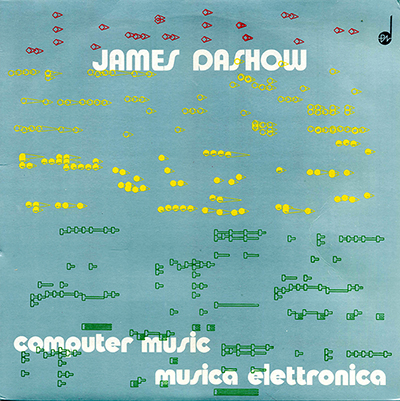 James Dashow is an American-born composer who for many years has chosen Italy as his new country of residence. His musical education took place alongside major figures such as Milton Babbitt and James Randall, Princeton University, to Petrassi of which he attended classes at the Accademia di Santa Cecilia in Rome.

Although it may be little known to the general public, James Dashow has played an important role in the history of computer music in Italy. After he arrived in the mid-seventies, Dashow was tied early in the activities that began to conduct at the Center of Computational Sonology of Padua, who was the first Italian center to carry out research work at an high level, and opening also to the composition of important electronic works such as that of Luigi Nono and Marco Stroppa, for example.

The contribution of James Dashow is not expressed only as a composer in residence, but he contributed to import one of the first major programming languages ​​for music (a kind of prehistoric version of modern software, for those not familiar with the topic) as the Music IVBF and Music 360 (of which Dashow it prepared a new version called Music 30), the latter one of the most important “exemplary” of Music N.

Clearly also the compositional activity was particularly prolific, and this publication is not exhaustive of the many works of computer music composed by Dashow over the years.

Effetti Collaterali (1975) was built and commissioned by Francois Bousch and premiered in 1976 at the Academy of France. The digital sound material, which is accompanied by the clarinet of Phillip Rehfeldt, was composed with the Music IVBF and the application of special procedures, the Dyad system, which Dashow developed in those years.

The second work in this collection is Partial Distances (1978/1979) which is based on an analog part, composed at the Sciadoni’s Electronic Music Studio Study of Electronic Music Sciadoni of Rome, and a digital part made ​​to the CSC of Padua. The work was the subject of a final revision in 1979.

The last piece in the collection is Conditional Assemblies (1980), a commission of the LIMB (Laboratory of Computer Music of the Venice Biennale). Although this work was carried out with the equipment of CSC. In place of Music IVBF, Dashow used the Music 360 developed by Barry Vercoe. The song was rewarded with a second place at the IX International Competition of Electroacoustic Music in Bourges in 1981.