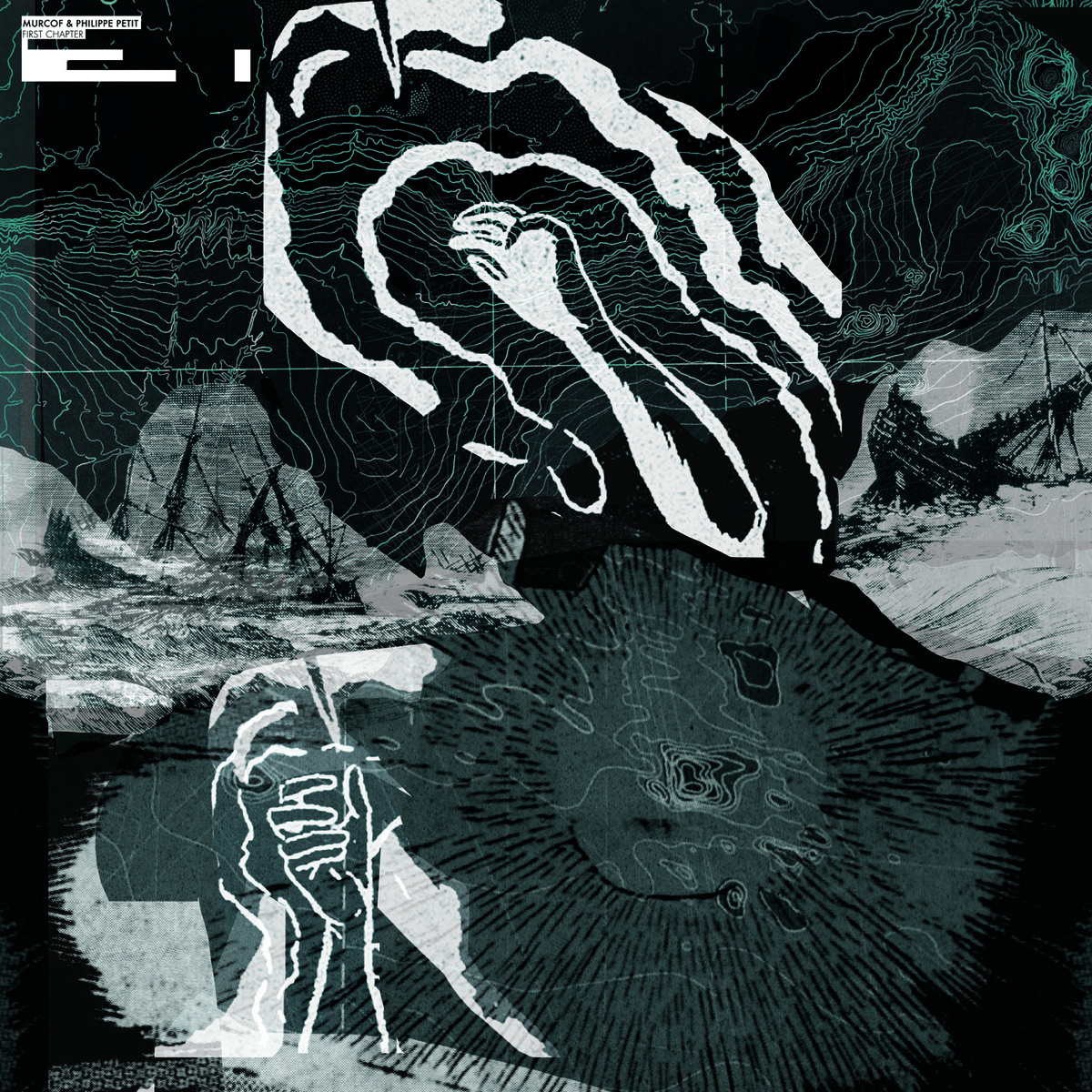 When I’ve read of a new forthcoming release of Murcof, I thought that one day I would have written the Murcof’s new album review. This is obvious, as it would appear, however only the first listen swept away all projects. First Chapter isn’t the new album by Murcof, nor the new album by Philippe Petit, but it is the expression of two artists, which they met and shared new experiences, to generate something new, without misplace their musical personalities.

Murcof, the performing name of Fernando Corona, is a Mexican composer, born in 1970, who lives today in Barcelona. He has a long career and several albums released in the previous years, whereof I appreciated his refinement, the sound precision, his perfect balance between a minimal rhythm and a classical writing.

Philippe Petit is a “musical travel-agent”, as he likes to define himself on his website. I would have said a sounds explorer, but also a creative animal with an obsession for the novelty, or a phobia for the already heard, if you prefer.

…trying my best to explore various genres and make sure that each of my albums differs from the previous one, trying to avoid routine and surprise my listeners. (Philippe Petit)

Through this encounter born The First Chapter. The first

The first listen, left me astonished, for the perfect balance among two artists, the great sound variety, and for the difficulty to confine this album within a specific musical genre. This latter is good thing.

First Chapter is the final result of three years collaboration, with performances finalized to develop a common listen, and an expressivity capable to sum up the single personalities in a single form. This could explain the perfect synergy achieved with this last work, a not obvious goal if we consider the previous experiences of Philippe Petit, with two jazz albums released in 2006, a high number of collaborations and the electronic discovery in 2009.

Although Petit has a strong personality, also Murcof has a strong structured artistic personality, which emerges from this album clearly. But, it is true that if you are searching Murcof of albums like Martes (2002), Cosmos (2007) or Mexico (2008), this isn’t the right album. In 2008, with The Versailles Session, Murcof already started an artistic way so different: much mature, even academic if you want, but sophisticated also. After the soft La Sangre Illuminada (2009), soundtrack for the Iván Ávila Dueñas‘s film, The First Chapter returns it to the previous way of research and experimentation, but also of collaboration, started in 2008.

The first track is The Call of Circe, a twenty minutes song with an open structure, wide sonorities and continuous vocal processing. The female voice, is the main feature of this piece: naturally expressed or subject to intense electronic modifications. The vocal part marks clear sections, expressing the most emotional part: their starting (6:42), prepared by a slow sound path, or the digital elaboration between 11:00-13:00, which wipes out the dreamlike dimension of the previous sections. The last minutes receiving also a piano, which conversing with the voices returns to the song a classic character, contemporary, acculturated. Voices moving again trough an alternation between natural expression and electronic processing; until to a more exasperated beautiful section (16:40 – 17:10). Dualism is the conceptual basis of this song, because two is the number of the composers, but the number two is good also for Circe, a mythological figure, a little bit woman but a goddess, also; a little bit good and welcoming but perfidious and deceptive.

The second track Pegasus has a very different nature, with a minor duration and a well-defined melody, which go through the overall structure, the latter not articulated as the previous track. The most significant feature is the sound, which reminds other cultures, like the East Mediterranean, for example. Pegasus is an ancient Greek mythological creatures, although we can find traces of this legend even in Asia Minor. Also this song has parts of vocal processing (5:02), so beautiful and evocative, capable to accentuate the dramatic spirit of the whole track.

The Summoning of the Kraken is the least interesting track: a long dissonant and cyclic climbing, that born and dies under the deep oceans, where lived the Kraken, an ancient mythological sea monster. This song have very marked dissonances, obtained beating a chord instrument. The whole sound landscape has a delicate sound carpet and other dissonances added up.

The authors give us a very interesting album, to be listen with attention. A work based on the complex symbolic values of the ancient mythologies, mysterious and fascinating, like the tracks of First Chapter. This is an album where emerged the complexity of the sound world of Philippe Petit and the progressive maturation process of Murcof. We look forward for the second chapter.