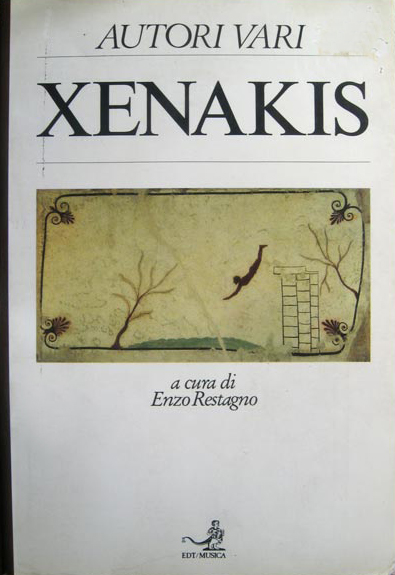 After the first chapter of Enzo Restagno, you can read an intervention by the Czech writer Milan Kundera, who writes what distinguishes Iannis Xenakis by all the great composers who lived before him: the latter opposed, with their art, to preceding music stages, while composer greek opposed to the history of music as a whole.

This writes Kundera, to explain to the reader, and to himself, the greatness of Xenakis. And it does so, through the pages of a book that Enzo Restagno has edited with the aim of offering a broad look at the life story and the work of the Greek composer.

The life and work, the central theme of each of the two parties in which this book is structured, intermixed from an essay by Kundera and closed by sort of coda signed by Xenakis, the author of an original article written specifically for this book.

The first part is structured entirely and solely on the conversation that Xenakis and Restagno entertained in Paris in March of 1988. I can not say that it was an interview, because it is something more than a simple exchange of questions and answers. It is a reflection of Xenakis on the life of Xenakis, an original biography from which emerges not only a great composer, but also a great intellectual of the twentieth century, very aware of his own art. A man with very clear ideas about what is the challenge of the new music, and what cultural environments it must fight to search for a new language, capable, as Kundera writes, to oppose it to the musical past in its entirety.

From this point of view, also the computer experience assumes a certain value on its path of research; even more so considering that Xenakis saw in rationality and scientific research two engines capable of bringing art music out of stagnation in which it was forced by those who sought change elsewhere, over time (recovering styles of other times) or in space (being interested in other musical cultures).

Although Restagno never moves the conversation to the computer music, however they discussed of the UPIC system and the experience of Xenakis at CEMAMu, when he deals with the discourse on his natural predisposition to a graphical approach to music composition, that he had experimented with Metastaseis (1953/54) and reinterpreted just with the UPIC, his invention that concretized in a computer environment experiences of the fifties.

The second part, as I mentioned, is focused on the production of Xenakis, analyzed through the writings of Francois-Bernard Mache, Rudolf Frisius, Maurice Fleuret, Ernesto Napolitano and Harry Halbreich. Having browsed most of the Greek composer’s works, the authors repeatedly return on electronic works by Xenakis, devoting space to some work done through the computer, used not only as a tool for composing scores in traditional notation, but also for the synthesis of digital sound, as in the case of Pour la paix (1988) and Taurhiphanie (1987-88), which is mentioned in the book.

In closing the book we find an interesting essay by Xenakis on the problem of time, which you can read the preview in the bottom of the article, and the complete catalog of his works, updated until 1988.

Although the experience of computer music conducted by Xenakis find not much space in this book edited by Restagno least one space is not proportionate to the importance of this experience on the whole of his artistic life, the book remains an important reference point for the biographical and artistic course of Xenakis.