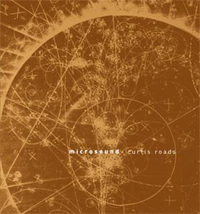 Microsound is a book in which Curtis Roads addresses the issue of micro-composition in a computer music perspective, carrying out an examination of the subject through multiple points of view.

Written on the basis of his doctoral thesis, microsound is a text, to paraphrase the author, dedicated to the sound particles, which for centuries have been subjected to the “official frequencies” that have had a stifling hegemony, at least until the arrival of new technological tools capable of enabling new ways of composing.

Curtis Roads addresses the topic of micro composition starting from its historical roots. In this regard, the path begins with a survey on the different scales used over the centuries, highlighting the different interval relations (Chapter 1). More specifically, then, the second chapter analyzes the manner in which it is spoken of micro-sound composition and fragmentation in the course of previous centuries. In these early chapters the subject is treated with respect not only of the historical implications, but also compared to psychological and physical. The various topics treated include the analysis of theories of perception, the objet sonores theorized by Pierre Schaffer, micro temporal scales or micro interval. In following the historical path Curtis Roads reconstructs the concept of micro composition according to the ancients, to get to the stage of the analog electronic music. Must be reported to paragraphs dedicated to Stockhausen and physicist Dennis Gabor, Abraham Moles and even Norbert Wiener and Meyer-Eppler.

In the central chapters, however, shifts the focus on issues related to various synthesis techniques based, in different ways, on the use of micro-sounds or subdivisions of the intervals in micro scale. More attention is given to Granular Synthesis (Chapter 3). In this chapter, in addition to technical issues, Roads also reconstructs the different implementations of granular synthesis in different software, such as the Music 4C and Csound, which has occupied the author himself.

Later (Chapter 4) Roads exposes the many other synthesis techniques which share, with the granular, attention to the micro-sounds. To name a few include the Glisson, Grainlet, Pulsar and many others synthesis. After the chapter on synthesis techniques, Roads joins those dedicated to the different processing techniques which may affect the micro sounds (Chapter 5), then it comes to micro montage, pitch shifting, filtering, and more, and that related to analytical techniques and resynthesis (Chapter 6). In the latter case it is called the Fourier transform, Phase Vocoder, Wavelet and much more.

The last chapter is oriented towards practical applications as discussed above. First, Curtis Roads analyzes the micro approach to composition in some work of computer music made by the same author. Sections apart, however, are devoted to the work of Horacio Vaggione and Barry Truax. In conclusion, the author focuses on the aesthetic implications underlying the micro composition, highlighting positive and negative aspects of this particular approach (Chapter 8).

To complete the work we find, finally, an appendix devoted to the software Cloud Generator, which analyzes the different features, and an attached CD that contains many sound samples (obtained through the use of different synthesis techniques discussed in the text), different examples of sound transformation and excerpts from works of computer music by Xenakis, Roads, Vaggione and other.

The completeness with which Curtis Roads addresses the topic, makes this book a necessary reference point for anyone interested in bringing the micro approach to composition or even the different techniques of granular synthesis.

On archive.org you can fine the pdf version of the all book.