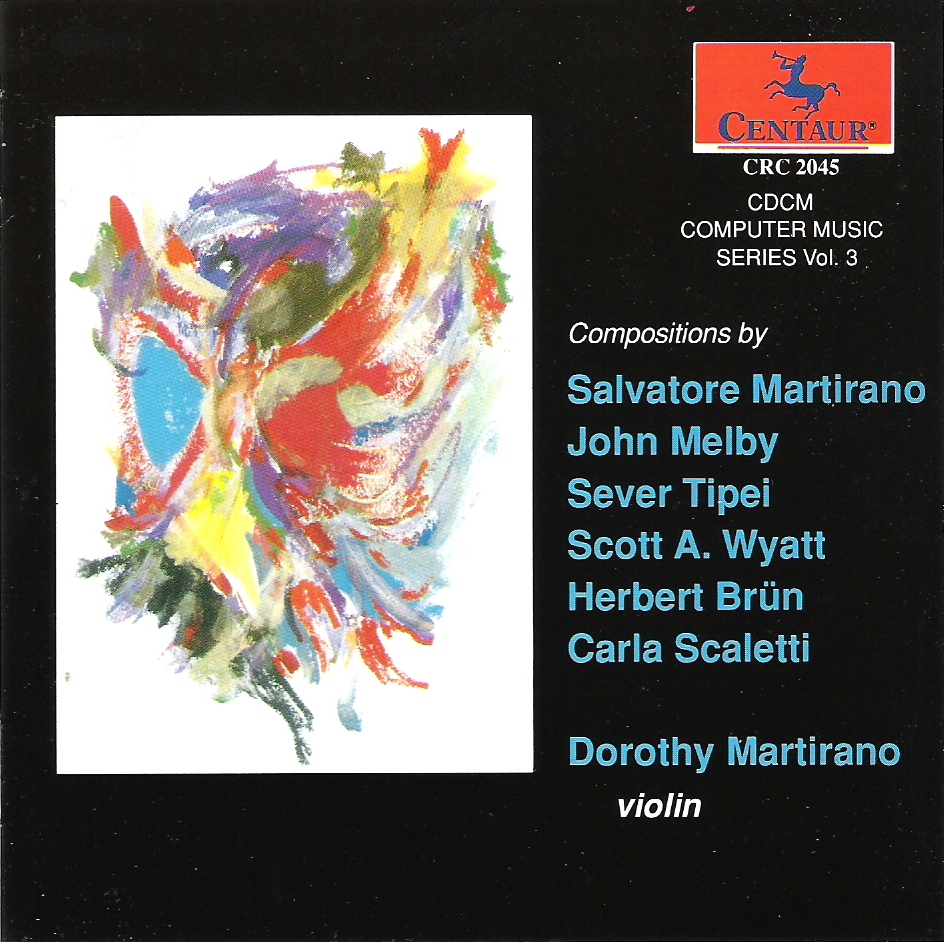 Third in the series of publications produced by the record Consortium to Distribute Computer Music (CDCM), the nonprofit organization of Dartmouth College, Texas.
The special feature of this series is to be devoted exclusively to works of computer music, made for different types of organic. But there is another element that characterizes these publications: each volume has its own internal logic, being devoted each time to a different structure, which is a research center, a studio for electronic music or some university.

In the case of the third volume, the research center of reference is among those who have made ​​great contributions to the foundation of this particular current of electronic music: the Experimental Music Studios of the University of Illinois. Lejaren Hiller, computer music pioneer with his Illiac Suite, contributed to its foundation.

In this collection are not present his works but there are also authors who have contributed so much to the history of this famous center for electronic music.

In this collection there is a work titled i toLD You so! (1981) for computer-generated tape. This piece is often accompanied by the term SAWDUST No.6, from the name that Brün gave to the software for music composition that he developed.

Even Salvatore Martirano, here with this his Sampler: Everything Goes When the Whistle Blows (1985), had not only a role of composer but is committed, as a developer, also in the realization of the SAL-MAR Construction  synthesizer, a hybrid system consisting of an analog part and a digital (similar to the Groove of Max Mathews). Sampler is a work that has a very varied sound set design: weaving romantic quotes, with synthetic sounds, jazz phrasing, samples, and the electronic violin played by Dorothy Martirano, his wife. The composition of this song came about through the yahaSALmaMAC Midi Orchestra, a particular system part of a larger project on musical improvisation through the computer, designed and created by the same composer.

The second track on the album is of John Melby, Chor der Waisen (1985) for computer-generated tape. The title refers to the German poem of the poet Nelly Sachs. For its implementation, the American composer used the Music 360 and an IBM 4341 computer. The original version was thinked for a four-track tape, but this collection presents a stereo reduction.

More complex the instrumental group in the next Cuniculi, for five tubas (1986) by the Romanian composer Sever Tipei. Dedicated to Fritz Kaensig, Professor of Tuba at the University of Illinois, this work was carried out with MP1, a software for computer-assisted music composition. Developed by the same composer, the program performs the operations of selection of a base material, in a manner similar to the procedure applied by Lejaren Hiller for the Illiac Suite.

The next two tracks have to do both with Herbert Brün: the fourth because is dedicated to the German born composer for his seventieth birthday by Scott Wyatt, who composed Still Hidden Laughs (1988) with the the Synclavier II synthesizer and the Yamaha Digital system at Illinois. Then, there is the fifth track composed by Brün, to which we referred earlier.

Closes the collection a work of Carla Scaletti, sunSurgeAutomata (1987), realized with the Platypus digital processor and the Kyma music programming language, developed by the Scaletti.