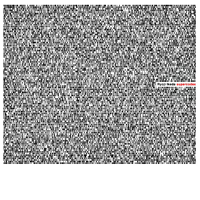 After five years, a new release by Ryoji Ikeda that closed the Datamatics cycle.

I wish explain first my point of view: I was expecting a new more interesting work. I wanted to do this premise because now I would like to say just how remarkable is the formal perfection of this album, how accurate is his engineering sound construction, and how high is the level of sonic neatness. Features that don’t allow to elevate enough the new album by Ryoji Ikeda.

I have a great deal of attention to these features, because in the previous years they made of me a lover of this composer, his devoted disciple. Nevertheless, they are now so familiar, something which our ear is accustomed to listen; and unfortunately habit generates inurement, or in the worst case boredom. Ryoji Ikeda is a composer of a certain substance, as turned out by his previous works, but he isn’t exempt, like no one else, from the risks of habit.

In this album there are still elements very interesting, as a range frequencies moved down, or the usual frenetic rhythm, but with something of violent, and a timbrical solution noise oriented rather than based on the sculptural minimalism of the previous two works. There are also two interesting tracks, as Supercodex 10, a re-reading of the early Nineties works, but updated to the new aesthetics styles. More interesting is Supercodex 17, obtained through the heavy contrast of stiff sound masses.

If we replace the music point of view with the conceptual project, we can say that Supercodex has something interesting, being the final chapter of the Datamatics trilogy, started in 2005 with the fantastic Dataplex and continued in 2008 with Test Pattern. I’m discovered only with the press notes for the Supercodex release that this is the third part of a trilogy, because Ryoji Ikeda talked often of a conceptual series, that I think it’s more correct  for a project involved not only with music but also publishing activity and other multimedia experiences. From this point of view, I think we can say that Supercodex is the least interesting phase, or the least interesting album of the trilogy.

Supercodex has the major limitation in his coded expressiveness, which for a composer like Ikeda, accustomed to sound generators coded, may seem ironic. Probably is not accidental, that the press notes for this release stressed the relationship between Supercodex and the previous two albums, almost a precautionary approach for a new album less interesting if compared with the two previous.